My Book Review of Zoo City by Lauren Beukes 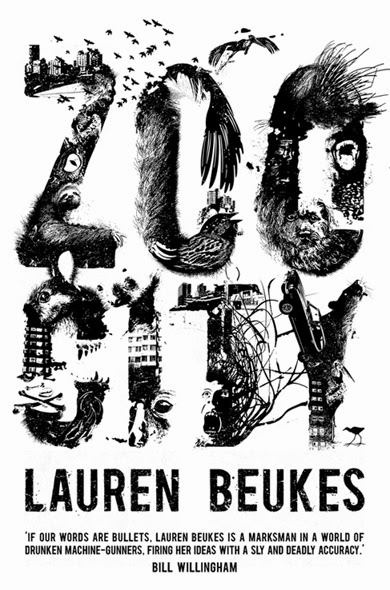 When I first fell in love with urban fantasy stories, I began longing for books which had great fantastical elements but were based closer to home, rather than in the typical American or British backdrop. I found a lot of African fiction, but rarely found anything targeted at young adults. There were either folk stories for very young readers, or depressing case study type stories, often strictly set in rural Africa and seemed to simply check all the NGO interest boxes – poverty, AIDS, and tragedy. While these stories were often well written and important in highlighting the issues, they were far too monotonous for me when it came to mood and pacing. They became clichés of the "hut and dust" Africa, leaving the cities that I've lived in largely invisible in the narratives... or else the urban locations featured as a strange contrast for the village based main characters. I wanted stories with the pace, creativity, and excitement of Harry Potter, Artemis Fowl and The Golden Compass, except about characters who looked like me, and who lived in places I have been before.

Zoo City by Lauren Beukes is the type of African urban fantasy novel I had long given up hoping existed. The story is based in a not-so-distant-future Johannesburg, which is transformed in one key peculiar way. People all over the world who are guilty of violent crimes are bestowed/cursed with a spirit animal which appears seemingly out of nowhere. This idea is reminiscent of the daemons of The Golden Compass (which the book references) with similar rules governing how they function. For example, the people who are “animalled” find it very painful to move too far from their Animal. Like pets, they need to be fed with the same food their wild counterparts would eat, with the exception that they feel pain if their human is hurt. The animalled citizens are each also “blessed” with a unique supernatural gift called a shavi, which they use with the help of their Animal.

The story is narrated by the rebellious character Zinzi December, a black South African woman who has her own Animal, a Sloth, and a world of troubles to deal with from both her past and present. A university dropout whose life took a turn for the worse when she became a drug addict, she now makes a living using her shavi in order to try and pay back her drug debts and improve her life from the slum area of the city where the Animalled find themselves – nicknamed Zoo City. Her shavi is sensing and finding lost items like rings, wills, and keys. Perhaps it's not a particularly flashy superpower, but it is one that we all wish we had  from time to time! She has a personal policy of never using her skill to find missing persons... until the day she is compelled by circumstance to do just that.

Zinzi and the other Animalled people live in the constant fear of the Undertow, a frightening and mysterious supernatural shadow which dramatically claims them when they die. The novel explores different perspectives and opinions that various groups of people have on the phenomenon, including religious, scientific and sensationalised views. From a group of Goths who admire Zinzi’s badass edge when they see her Sloth, to hotels with No Animalled policies, the one thing they all have in common is treating her differently. This is relatable to anyone who has ever been ostracised for their race, gender, nationality, sexual orientation, or creed.

In it's own unique way, Zoo City discusses real contemporary South African problems, like xenophobia, unemployment reinforced by stigma, drug trade, black magic, crime, corruption, and discrimination - not on race lines this time, but on Animalled vs Normal lines.  I have never read a fantasy book with a backdrop so closely linked to my personal experiences before, and for me it was just as thrilling to spot the recognisable elements of the city of Jozi as it was to encounter every twist and rising of the stakes that Zinzi had to face. I could especially relate to being a foreigner in South Africa, having had to cross the agitating and crowded Beitbridge border post between Zimbabwe and South Africa. All of it was described believably in the novel, the ultimate proof that it was very well researched. From the moment I held the book I was fascinated with its rounded corners and award winning cover art, and it didn’t disappoint until the last page. The themes covered give it the unique blend of home-grown authenticity and international accessibility. 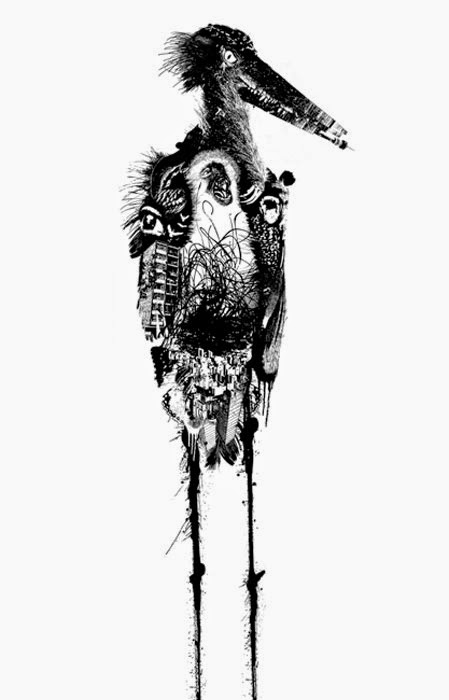 I hope this novel will be one of many books that grows the genre of modern African urban fantasy stories, written to shake the one dimensional view of Africa. I especially look forward to the day when Africans living in the Diaspora are no longer asked the default question “So do you have a hut in Africa?” ever again.