If you're familiar with DC Comics, you'll know it's the birthplace of some of the most world famous longest running comic book heroes in the world. Superman and Batman are the most well known, but there are many others that have thrived in the comic book world.

My access to comic books has been more limited than I would have liked, but I think this was a good thing because I approached the series Young Justice with fresh eyes and no expectations. My conclusion? It's a brilliant show! Although it was aired on Cartoon Network for 2 seasons before it was abruptly cancelled (for reasons unclear to anyone), it was a layered animated series, with nuances at many levels - a factor that appealed to a much older audience than the usual CN target age group.

The Justice League is a group of the greatest heroes in the DC Universe, the main ones being Batman and Superman, but also including Aquaman, The Flash, Martian Man Hunter, Green Arrow, and more. Young Justice is about the sidekicks of these major players, who at the beginning of the series decide that they have outgrown their "sidekick" titles, although they are still all under 18 years old. As a result, they form their own group who still operate as a secret facet of the Justice League proper, and commonly refer to themselves as The Team. In the first season, they are namely Aqua Lad, Robin (as in "Batman and.."), Miss Martian, Kid Flash, Artemis, and Super Boy. Between them, their superpowers and skills range from super strength, manipulating water, super speed, morphing, telekinesis, hacking, and archery.

As they start to embark on missions with significant danger levels, they develop their personalities and relationships within the team - a story arch that is not without it's challenges for each of the team members. They have to learn about trust, leadership, keeping secrets, and betrayal - all very "grown up" concepts, and handled in a way that is believable for a group of hormonal teens.

The series must be watched in order, as there are overarching plot lines that build up and even carry on to the next season. Clues are laid out from the beginning, and there are major plot twists at key points in each season. 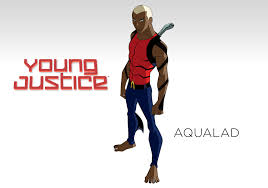 A note to whoever is in charge:


Put Young Justice Season 3 back onto the program! 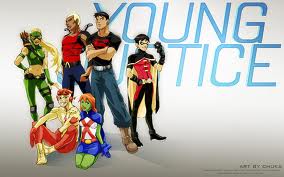