Behind The Story: Montague's Last

I'm a fan of behind the scenes specials, and I wish I could peep into the artistic process of all my favourite stories. So I'm going to attempt to offer some insight into how I came to write my short story "Montague's Last", an alternative history piece about a regretful slave seeking redemption in the final moments of his life.

First and foremost, if you have not yet done so, you may listen to the story podcast at Strange Horizons (read by Anaea Lay) before reading the article below, as it contains serious spoilers. You have been warned! 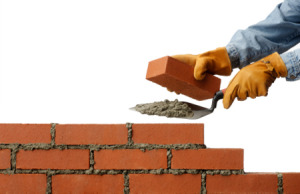 It took me three years (on and off) and 8 drafts to finish Montague's Last from conception to final draft. It started as just another one of my notes with raw ideas sprawled on them, usually without order or any semblance of plot. I didn't even have a title, I just had one sentence I liked. "They say great things can be achieved in the dead of night." That sentence remained on its own for over a year, plot-less, characterless, and pretty much meaningless except for the mysterious vibe I liked. Then one day, for reasons I'm still not sure of, I decided to pick it up again. Ideas began to flow…

The first concept which came to me was fatherhood. What if a man had missed his chance to be a father to his daughter, albeit through circumstances outside himself (enslavement), and wanted one last chance to be that? I wanted his attempt at redemption to take form of a key invention, one that also changed the course of human history, then write an alternative history version. I was also intrigued by a complex character, one who was evil but evil had also been done to him, strong in resolve but weak in moral character, and hard with a soft spot in just one aspect of his life.  He is trying to earn redemption for his soul, but he is almost certain that his actions at this point won't be enough.

I wanted the character to be strong in circumstances which intended to make him weak. He could easily have justified everything he did (torturing innocents, being an absent father etc) by saying his circumstances made him that way. But he chooses to take responsibility, which is a trait I find most admirable. There are many people in our society who always blame external factors for their circumstances. It's easy. You can look in the mirror and see a victim, which you'd think is better than a villain. But thinking that way also means you can never be a hero - either for yourself or anyone else. I also think it is the ultimate form of humanisation - he treats himself as a man responsible for his actions. Taking that away from him would turn him into the sub-human his oppressors intended him to be.

From the angle I chose to approach the story, I could have chosen any invention. Although there are many inventions which were invented by black people and are not widely known (such as the ice cream scoop, traffic lights and open heart surgery), I chose the sewing machine (not attached to a black inventor, for the record) because my background research showed it has a mysterious origin. There are several possible inventors cited, and I think one source concluded that the modern sewing machine was probably a combination of the various designs which came out at the time, and it was a matter of who got patented first. The character of Barthélemy Thimonnier was cited as one of the French inventors, so I started at that point and ran with it. What if Barth took the credit for the machine, but its origins ran further back, more mysterious than they appear at the first impression? What if he was merely an undertaker with a side smuggling business, and found himself being the bearer of this most important invention? This was a concept that intrigued me.

As I developed the story, I pulled in other themes, how slavery dis-empowered people, identity loss, gain, and transition, and true strength and weakness. This last one was expressed in the final showdown between the head guard Pierre and Montague, where he shows true strength by fighting back even though it means certain death, and Pierre shows weakness by retaliating only when Montague is already down, and it is out of rage and humiliation rather than any justifiable reason like self-defense or guard duty. The ideas of identity loss and gain are based around his name. He has been completely absorbed into the society as a slave, so his name forcibly becomes the name of the family who owned him. I felt it was poignant for his last words to be a self-affirmation of his true birth name.

The tragedy of the story is that he will never know what a positive impact it made, how his existence was wiped from its origins, and we will never know if he earned his redemption in the afterlife.

So that's how I put it together! It was simultaneously fun and hard work, with many inputs from great writers as well as feedback from beta readers. If you liked the story, do forward it to a friend, it is absolutely free! You can find it on Omenana and on Strange Horizons in both readable and audio versions.