I hate it when young people die. I hate it so much. It's like the feeling of your chest getting winded without warning. Having held your breath for some physical feat you are sure is going to pay off incredibly, only to falter without seeing it happen. Potential that is simply... lost. No real understanding why, no one to answer for the unfulfilled promise of a life which once was, and without warning, no longer is.

That is bad enough. But when that lost person is a writer… it punches me right where my own worst fears lie.

What if we have more stories than years of life to tell them?....

I met Havel Elijah Dambula when he submitted a story to a Story Ink Africa storytelling session. I chose his story for similar reasons I chose any other story to be read aloud in front of a live audience. It was written in clear concise language, it followed the guidelines, and it had some element of je na’i c’est quoi about it – something which made it stand out.

Havel’s story was about death.

Not in the way one might initially think, not in a dark way. But, by my interpretation, in a way which embraced an omen of death as a part of life, as a friend to be listened to, rather than a spectre to be feared. Did he know his own life was coming to a close? I don’t know. It is the nature of people to scour through the writings or spoken words of the recently deceased to gage if there was ever a sign. It could have been coincidental, but considering what I understand to have been his cause of death, it was likely that he wrote his story not from an abstract perspective, but a personal one.

Nonetheless, the impression Havel gave as a person was quite the opposite of the sombre topic he chose to read at the storytelling session. He was a jokester, puns being his humour style of choice. He loved anime, Japanese culture and art. He chose the title “I am Dàoshi” for his social media - no doubt a reference I am too old to understand.

I did not know him much beyond the writing circles, but from his work alone, I believed he had the skills to take his stories far. Like many of the young writers the storytelling sessions have unearthed, I hoped that reading his work to an audience would inject a much-needed confidence boost that would mark the beginning of an illustrious writing career.

I can only feel dismay at the sense of stolen time. In reality, the time we have is simply what it is, none among us are promised a minute more or less than what they were assigned. Truly the only time we really have to do anything of consequence is the present - because evidently, youth promises nothing either.

Havel, I hope you are in a better place. May the words you have left behind become immortal fingerprints of your time here with us.

I will share the story he read to us in April 2019 under the storytelling theme “Animals”.  It is called Crossing the Line.

Crossing the Line (A Tale from The Rinne Fragment)

They say the owl is one of those animals, in one culture feared, in another respected, in another feared and respected and always surrounded with mysticism.

Long time ago, when heaven and earth began, the great God Chiuta blessed three creatures with wisdom above all others, Phulu of the Owls became the Spirit Master, Gani of the Tortoises became the Wondrous Sage, and Mba of the Snakes became the Divine Ancestor.

The three creatures formed the council of animals protecting the circle of life. And also governing the ways of man. Phulu looked after the line of death, Gani looked after the line of life and Mba looked after the line of rebirth. But then, Mba the Snake, who was the most cunning of all creatures, with its wisdom corrupted man, and paid a great price for such an atrocious act, him and his kind were cursed to forever to be enemies of man Phulu, tried to recover the bond that animals once shared with man. He went to settlement upon settlement and due to the distance between one settlement and the other he always found himself arriving at night but, most people didn’t treat him with kindness due to the corruption they now had, and every time he was treated harshly despite his pure intentions.

He finally was tired and perched on the willow tree, where he met Manda, the god of death. "why you so distraught, young Phulu" the god asked the owl

"I tried, to get them back to their divine nature but, they have become so corrupt. If only I knew what Mba had told them that made them so" Phulu explained

The god sat next to the owl "you protect the line of death do you not?"

"I do," the Phulu the owl replied.

"Then let us do this: it seems that due to the corruption the lizard gave the humans a different message than the one the chameleon was to give them and now all their souls shall one time or the other cross the line of death, a line that you can see." Manda explained.

"Where are you going with this?" the owl asked.

Manda sighed "I hate work, if it were up to me I wouldn’t want to work a day in my life. I want you to give the ability of seeing the line of death to all your kind, so as to warn them when they have crossed the line, to turn back or meet me in which case they will die...you do love them don’t you? And even though they are corrupt I am sure you don’t want them to meet me in their corruption because I just might take them to a place worse than the dark."

Phulu the owl looked at Manda "I shall do it" he said and took flight. He gave his ability to all of his kind and told them what to do. And that, is why when you hear the owl hoot, it’s not an omen but, a warning saying "you have crossed the line, turn back now or you will meet death" but, what Manda and Phulu did not know is, humanity lost the ability to turn back after crossing the line of death and that is why they die even after being warned. Owl is not an omen, it has never been, it is the only creature I know, that will warn your soul of the danger to come.

How I Started Writing 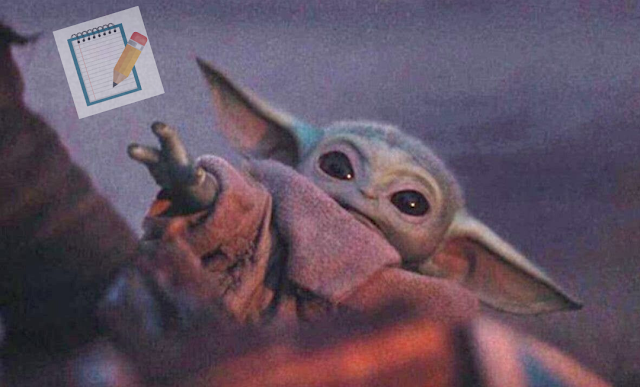 Image Credit: Property of Disney - but aren't we all? I grew up in what I now consider a unique period, as I was really a member of one of the last generation to have no internet, and our options for recreation after school were "limited" to radio, CDs, the outdoors, and books. Between my twin sister and I, I was by far the introvert. So while we could play pretend together for hours (don't ask about the Blanket Fort, that's another post on its own), and listen to CDs on repeat until we knew all the wrong lyrics by heart, when it came to playing outdoors, I'd be more of the "Hmmm, how dirty is that though" inclination. So at times, when my sister decided she wanted to roam about to discover new trees to climb in the back yard, and wouldn't let the fact that I thought it was a terrible idea hold her back, I shrugged and retreated to the glorious, dry, clean indoors for my own adventures. With 5 bookshelves w e were never short of so
Read More...